President Ueno gave a congratulatory speech to the graduate candidates, followed by their academic supervisors. In turn, each of the students expressed their gratitude to Tokyo Metropolitan University and Tokyo Metropolitan Government and explained the accomplishment in their research, life in Japan, career making and others.

In addition, the majority of students agreed that they could spent their life at TMU meaningfully and fruitfully devoting themselves to their study and research. Their future career paths are diverse – ranging from assuming a position at universities and businesses in Japan to going back to their own countries. However, they voiced one wish in unison– staying in touch with Tokyo Metropolitan University on and on. 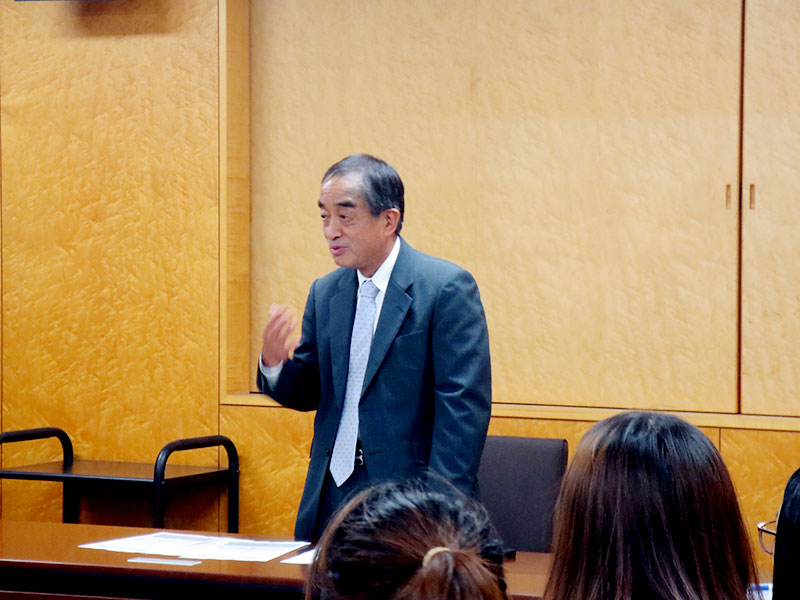 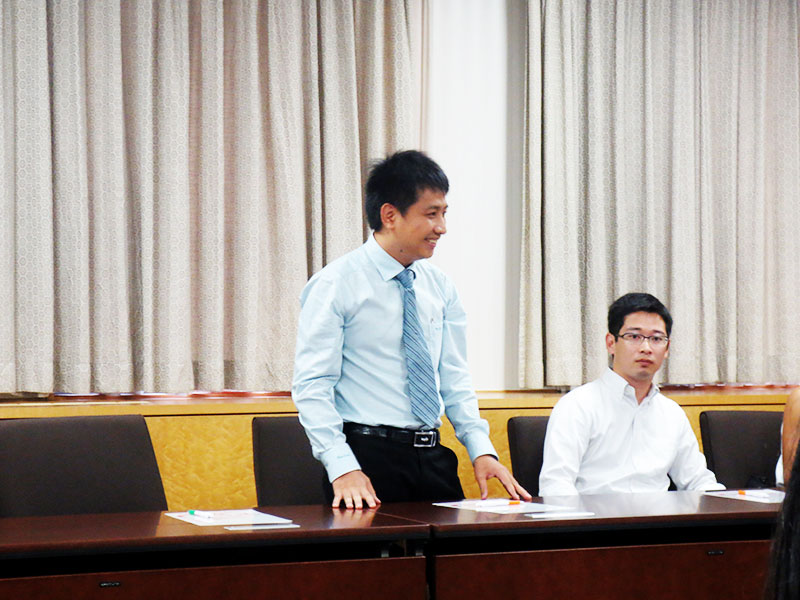 A graduate candidate looks back to his student life at TMU 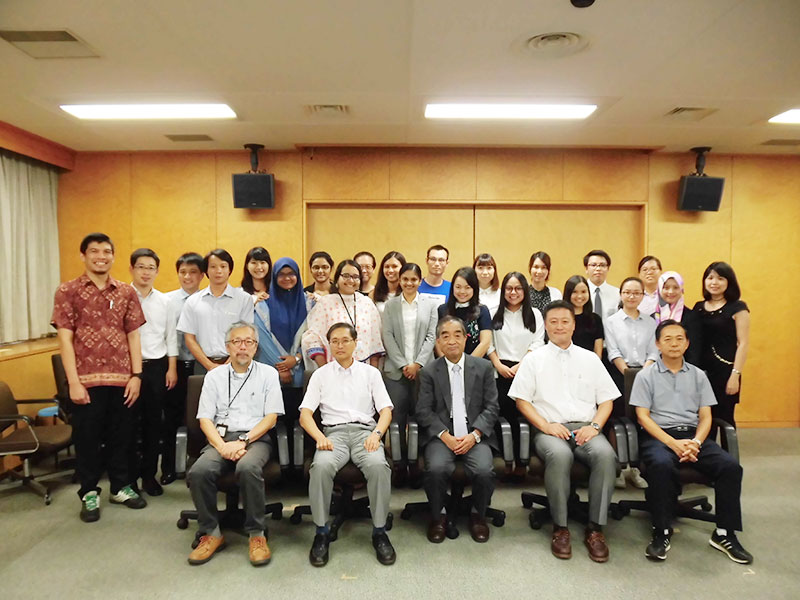 All in one frame 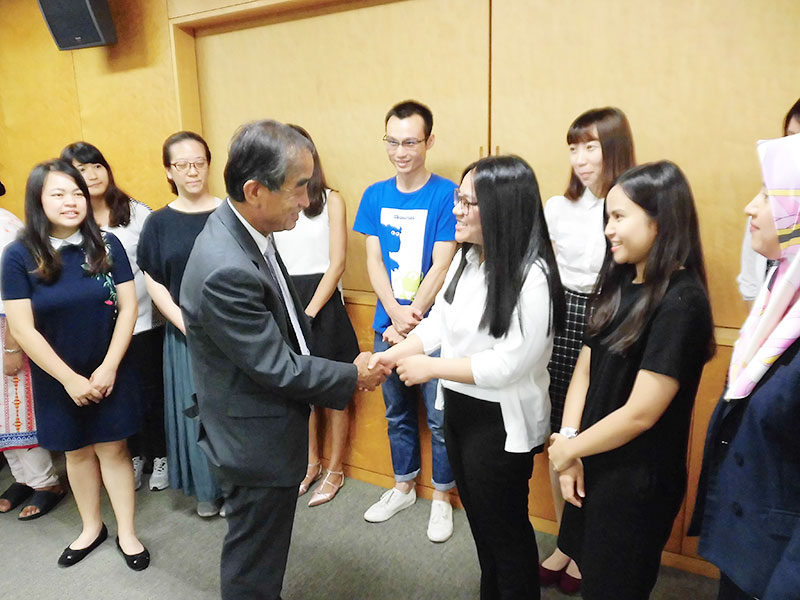 President Ueno shakes hands with students one by one